This scene is here to remind you of the Kansas-Nebraska Act, which made Nebraska a legal territory in 1854.

In 1867, Nebraska was admitted as a state-- but only after changing the state constitution.  The proposed constitution would have limited voting rights to free white males.  That section of the constitution was changed. 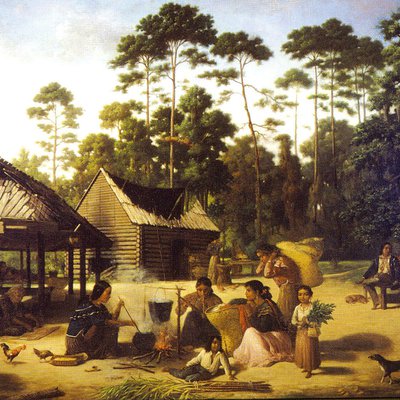 Eastern Americans weren't interested in what is now Nebraska, except as a place to pass through on the way to California. Nebraska's lands were to have been left to Native Americans.  But all that changed with plans to build a transcontinental railroadA railroad that goes all the way across the continental United States, from the east coast to the west coast..

Building the railroad required land, as well as a system of government.  So the United States took steps to make Nebraska a territory, open to settlement.  The US gained ownership of the land, forcing Native Americans to move, and passed the Kansas-Nebraska Act. 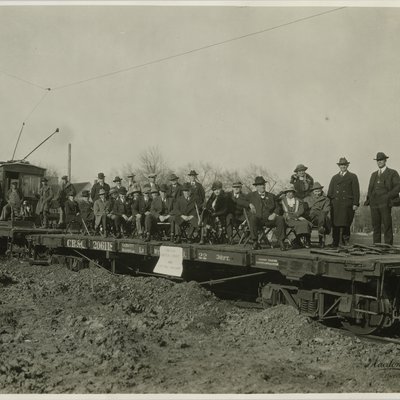 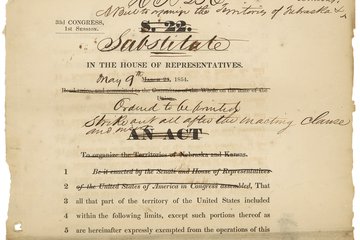 The Kansas-Nebraska Act put an end to the idea of "Indian country" where outsiders were forbidden to settle and lands belonged exclusively to Native Americans.  The Kansas-Nebraska Act gained national attention because part of its effect was to eliminate the Missouri Compromise, legislation that outlawed slavery in territories north of Oklahoma. 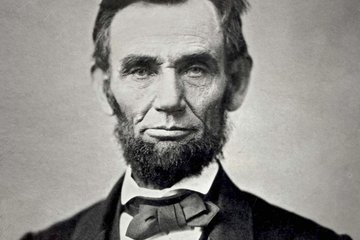 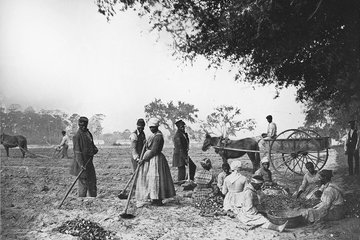 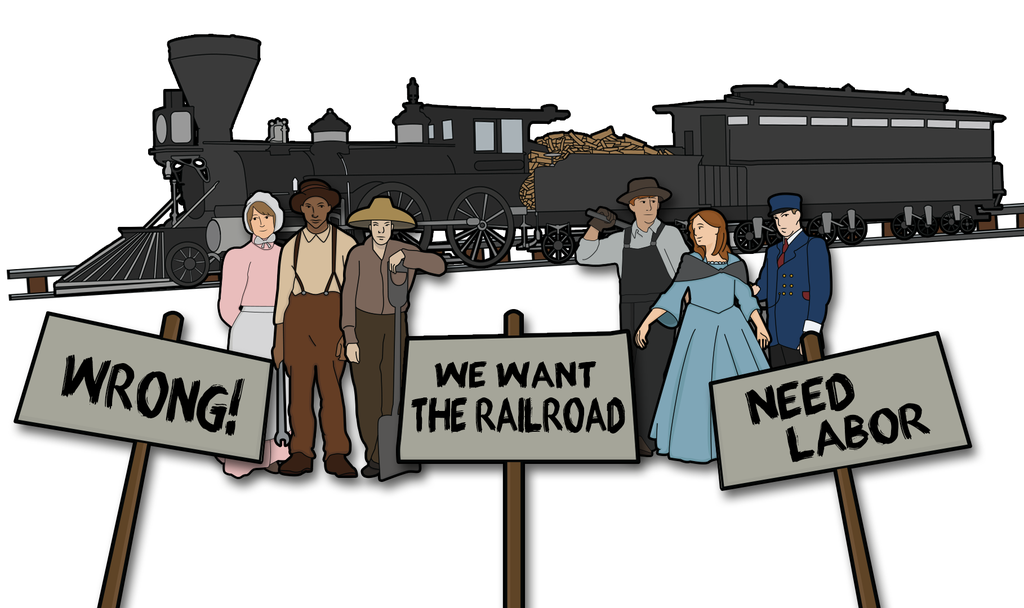 At that time, slavery was a complicated issue.  Some opposed it on moral grounds and considered it simply wrong.  Others saw slavery as an acceptable way to get labor to run a business or farm.  Some chose their position on slavery based on their connections with political parties.   Lincoln and other members of the Republican PartyThis group of politicians and voters favors giving more rights and powers to individual states. opposed slavery.

The Democratic PartyThis group of politicians and voters favors giving more rights and powers to a centralized government., which was very big in the southern states, wanted to keep slavery.  (Today both parties agree slavery is wrong.)  Some were more concerned with getting Nebraska declared a territory so that construction of the railroad could begin, and less concerned with whether slavery was right or wrong. 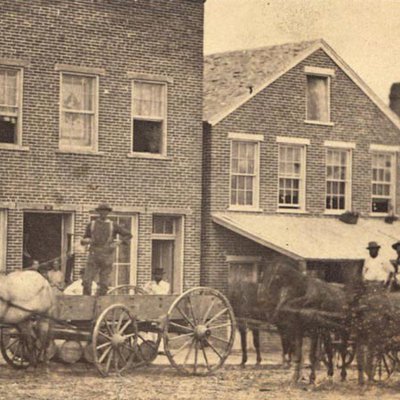 Slaves were bought and sold in Nebraska City in the 1850's, but there never were many slave-holders in Nebraska.  As of 1860, there were 15 slaves in the state.  It's believed the Underground RailroadThis was a secret system of people helping slaves escape from the South up to the free North., which helped slaves escape to freedom, operated in Nebraska.

More than once the Nebraska territorial legislature tried to end slavery in the state, but either the governor or the territorial council would oppose the change and slavery would remain.

The Civil War ended slavery, but Nebraska continued to have its struggles with human rights and relations between races.  For example, it wasn't until Standing Bear's trial in 1879 that Native Americans were defined as persons under the law.  Go to the Memorial Chamber or the Hall of Fame in the North West side of the Foyer to find out more about Standing Bear! 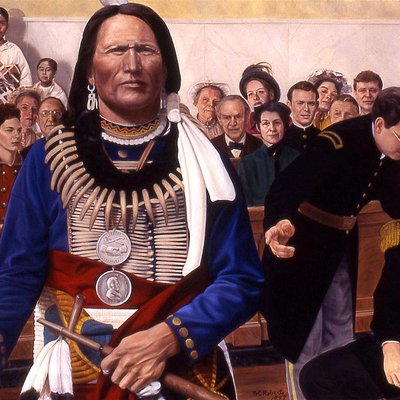 People now have far more protection under the law than they did in Nebraska's early years.

For example, laws protect workers -- their rights to be hired, treated fairly, and to work under safe conditions. 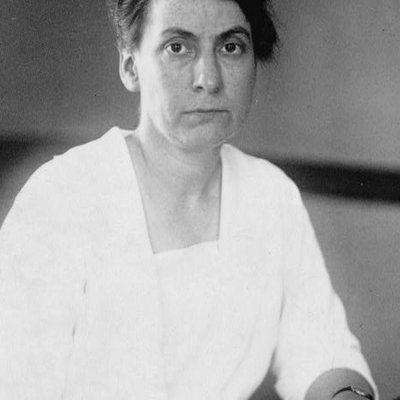 Grace Abbott grew up in Nebraska and became an international figure in the struggle for human rights. She was director of the Immigrants Protective League of Hull House in Chicago.  She went on to become the chief of the U.S. Children's Bureau.  Abbott administered the first child labor law.

Child labor is not the same as a young person working on a family farm or having a part time job. Child labor involves making children work at adult jobs in poor or even dangerous conditions for unfair pay.  At one time in America, children were put to work in factories and mines.  Grace Abbott worked to change the law and protect children. 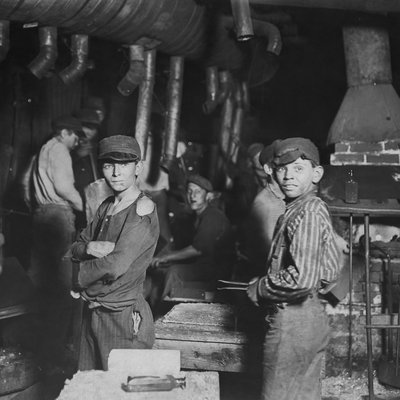 In the latter part of the 20th century, immigrant workers from Mexico came to Nebraska to work on farms and to work in factories.  Controversies sometimes arose about their citizenship status and working conditions, as well as the fairness of bringing in outside workers rather than hiring Nebraskans.

The state government has the job of looking after the interests of both workers and companies, whether they’re new to Nebraska or have lived here for generations. 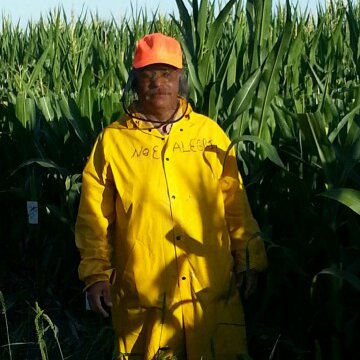 Can you think of a situation in which doing what you think is right would cost you money?

Have you ever had to give up something that was good for you so that things could be better for someone else?