This mural reminds some people of the Wild West, since it shows a fellow who might be a sheriff wearing a star, a man who might be a gambler or a cowboy in a black hat, and what could be a gunfighter in the middle.

But the real subject of the mural is the steam-powered train plowing into the scene. This is artist Francis John Miller's depiction of "The Building of the Railroad."

The people and objects in this mural are presented in a way that lets us recognize them, but they aren't quite real. In fact, the gunfighter-type person in the middle is part person, part object—made up of playing cards and symbols from games of chance.

The artist who made this mural was from London and later lived in Canada. Was this his idea of Nebraska in the 1850's, or was he making a point about the gamble of building a transcontinental railroad? Each individual who sees this mural can draw his or her own conclusions about what the artist is trying to express. (Reset Image)

The gamble of building the railroad across the United States paid off in Nebraska. Railroads played a central part in building this state, physically and economically.

The U.S. Congress passed railroad acts in 1862 and 1864 that allowed construction of the transcontinental railroad.  Through the Railroad Act of 1864, the Union Pacific received a grant of land that was 40 miles wide across the state of Nebraska.

The railroad could then sell the land to settlers to give itself income until there were enough people and crops on the land to support the railroad with fares and freight charges.  Government loans helped pay the immediate costs of railroad construction. 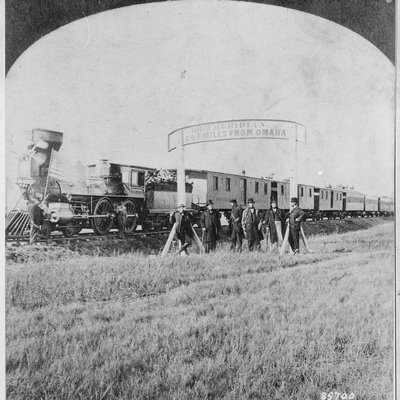 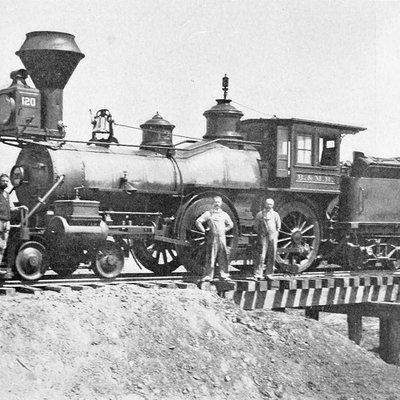 The building of the railroad began in 1864.  At the height of the building project, there were ten thousand men working on the tracks.  The workers lived on train cars or in temporary camps.   Storekeepers, bartenders, hunters, and cooks (and some who came along for the adventure) followed the workers.  They made up a kind of village on wheels-- complete with saloons and gambling dens.

In 1870, the Burlington and Missouri Pacific Railroad was authorized to build another railroad in Nebraska.  They, too, got a large grant of land.  They were followed by other railways and branch linesLike a tree’s limbs, branch lines spring out from the main lines of a railroad. Sometimes branch lines were run by smaller train companies. that created a network of rails across the state. 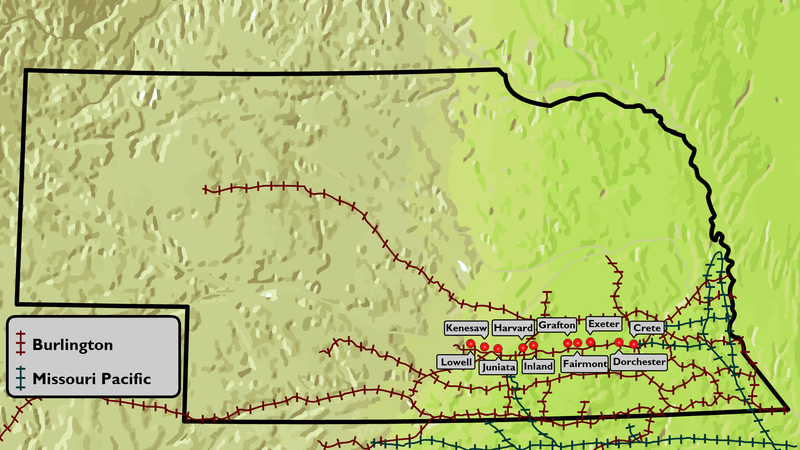 The Burlington and Missouri Pacific Railroad named the towns on its southern route in alphabetical order:
Crete
Dorchester
Exeter
Fairmont
Grafton
Harvard
Inland
Juniata
Kenesaw
Lowell, and so on. 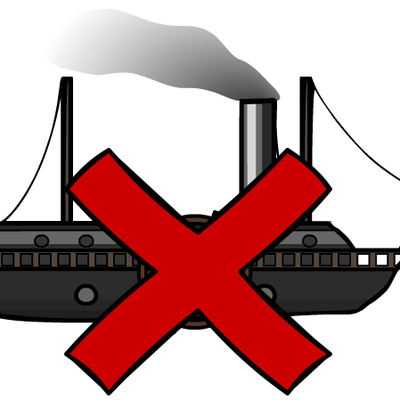 The trains replaced the steamboat and the covered wagon for settlers and changed the lives of agricultural producers in Nebraska. Railways connected towns in the eastern part of the state, and encouraged the development of new towns in the western part. 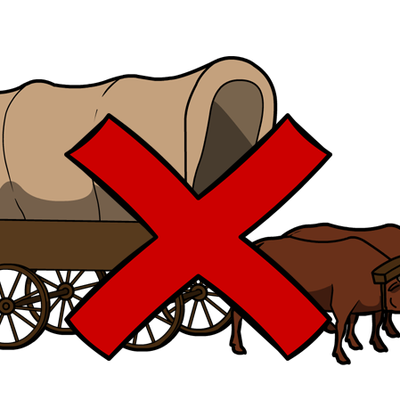 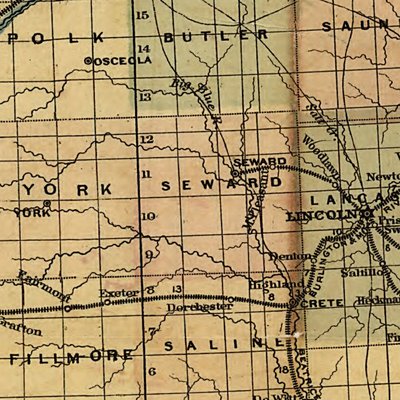 The railroad station became the hubCenter. of many towns.  Stations were placed along the rail lines every six to ten miles so that farmers could drive their horses and wagons into town, do business, and return home in one day.

Rail lines needed to be within 20 miles of each other.  That put them close enough together to serve the farming population, but far enough apart to get the business they needed to survive without too much competition. 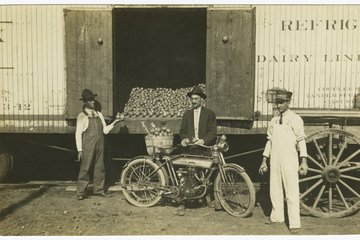 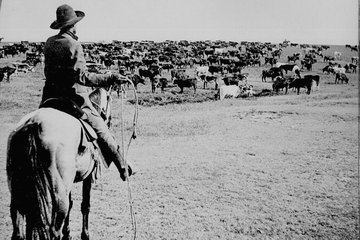 Once the railroads stretched across Nebraska and Kansas, cattle ranchers from Texas began driving their herds north to connect with the rail lines.  Towns such as Ogallala appeared at points where cattle were loaded onto specially built cattle cars and shipped to meat packing operations in Omaha and Chicago.  Some cattlemen established ranches in the Nebraska panhandle so they wouldn't have to drive the cattle so far to get to the rail lines. 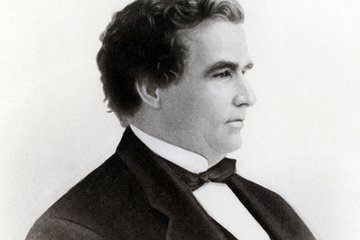 Railroads were a leap forward in technology. So was the telegraph, (an early system of communicating using tapped messages over a wire.)  Nebraska Hall of Fame member Edward Creighton was a telegraph pioneer in Nebraska. Creighton helped to extend the telegraph westward into Nebraska around the same time the transcontinental railroad was being built.  Like the railroad, the telegraph helped link the country together during the 19th century and survived into the 20th century, but eventually lost its place to more advanced forms of technology. 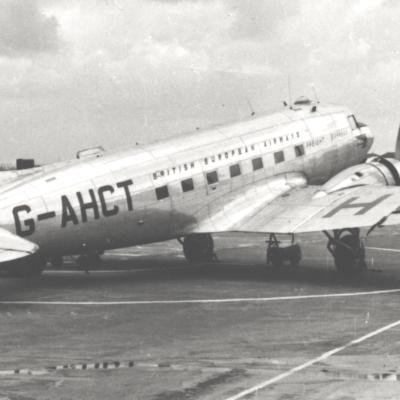 The railroad was very important in Nebraska's early development.  But over the years new methods of transportation came along.  The car and the airplane arrived, transporting people and goods, and setting people free of many limits.  It was no longer necessary to live a wagon-ride away from the railroad.

The government built networks of roads and highways, and made traffic laws to handle the growing number of cars.  The "horseless carriages" took over for the "iron horse." 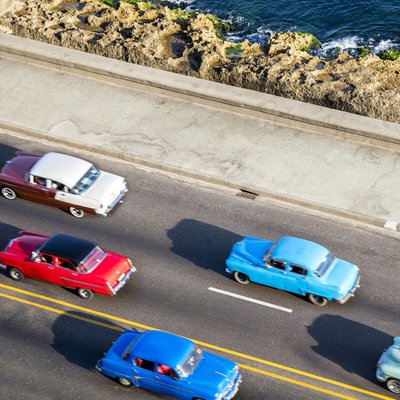 Railroads continued to move agricultural products to market for many years.  Eventually trucks took over much of the business.  By the end of the 20th century, railroads were still carrying coal and grain, but the networks of rails were shrinking.

SOMETHING TO THINK ABOUT . . .
Have you ever ridden on a train?
Compare the use of trains, planes and automobiles today.

What do you see as the advantages or disadvantages for each one for carrying products to market?

Click on the timeline to see the progress of Nebraska's transportation routes. 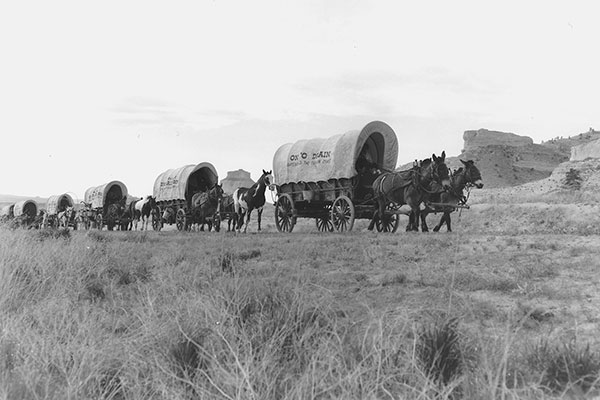 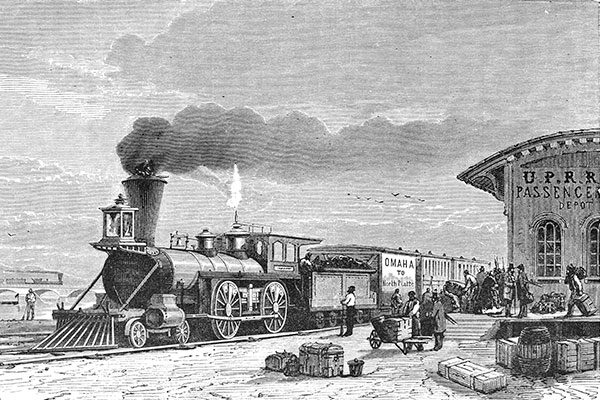 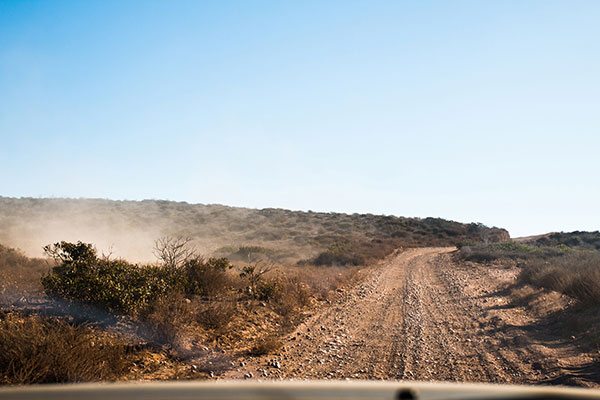 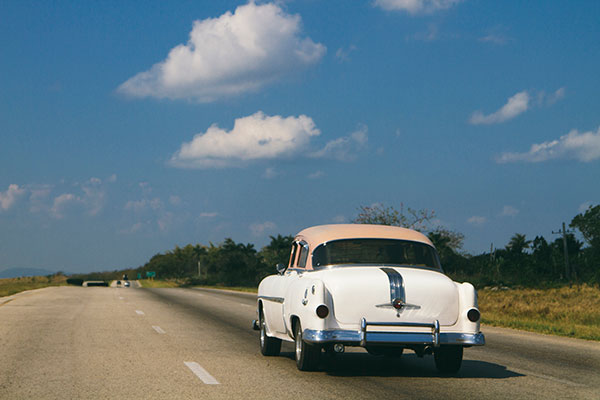 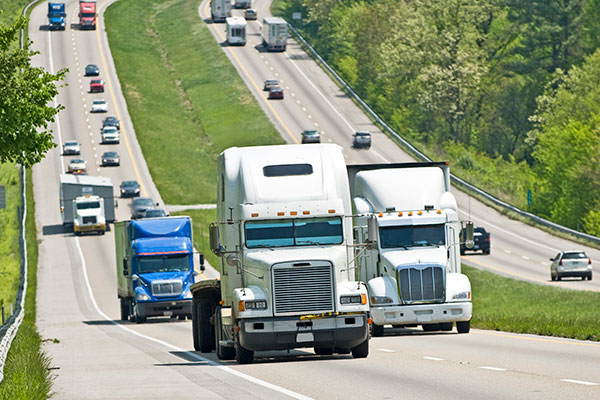 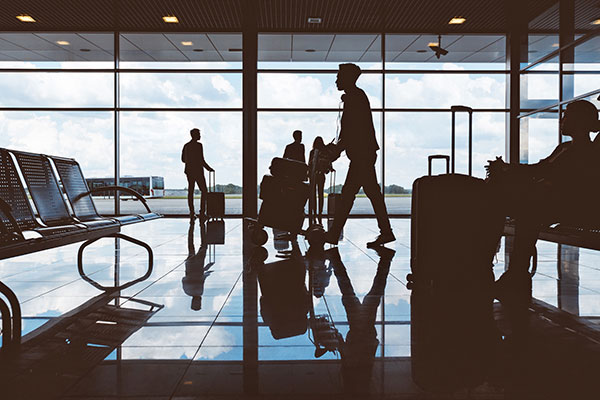 A Horse Made of Iron?