The Capitol Foyer is full of important scenes from Nebraska's history, and this is one of them-- "The First United States Survey."  This wasn't a survey of opinions-- it was a survey of the land.

The surveyors measured the land to create a system for determining property lines so that government land could be divided up for private ownership.  The surveyors created a gridGrid lines are horizontal and vertical lines on a map that divide the space into rectangles and make it easier to show locations. Look at a road map to see how numbered and lettered grid lines can help you to find cities and other points of interest. on a map that was used to establish the boundaries of counties, towns, and cities. 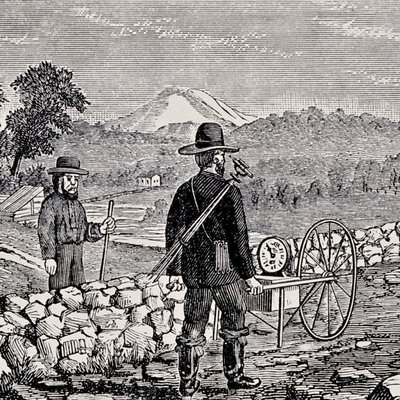 The farming and industry figures on the right represent the eastern part of the state. The band of blue tiles and plants in the lower left area stands for the Platte Valley. The green area above is the Sandhills. The brown and tan areas at the top are Pine Ridge and the part of the Badlands that extends into Nebraska.

You'll notice the sun is represented here, too. It's one of the symbols you'll find throughout the State Capitol.

Like Hildreth Meiere, the artist who created the ceiling mosaics here in the Foyer, Clement used ceramic tiles. Clement was a potter, so he made some of the tiles himself to get the colors he wanted. (His design shows some of the artistic influences of his time, including Mexican mural artist Diego Rivera).

The surveyors in the mural are in the lower right area, but they aren't alone. Toward the top left, you see a line of tepees. They're a reminder that Native Americans were the first owners and occupants of this land -- land the government was preparing to give to settlers. (Reset image)

Today in Nebraska, there are three Native American reservations: Santee Sioux, Winnebago, and Omaha. There are four tribes: Ponca, Santee Sioux, Winnebago, and Omaha. The four tribes have sovereignIndependent, can govern their own. democratic governments.  Tribal governments have their own constitutions and laws.  The state of Nebraska has some official authority over the tribes, but the tribes themselves are responsible for some parts of government.  For example, the Omaha and Winnebago have their own judicial and law enforcement agencies.

Once the U.S. government owned the land, government surveyors had to measure out the grids before would-be settlers could buy the land from the government. 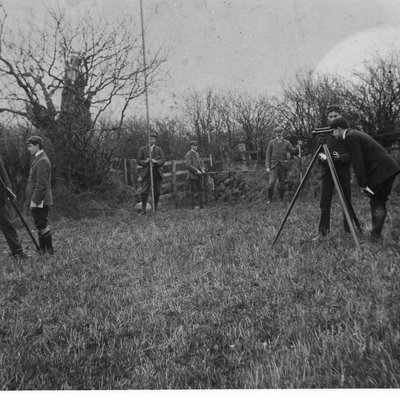 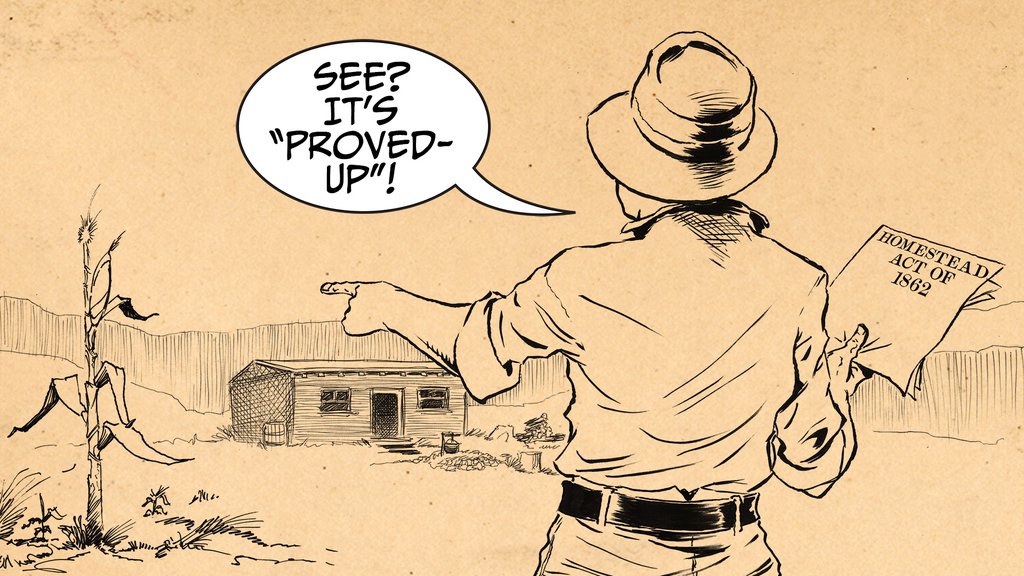 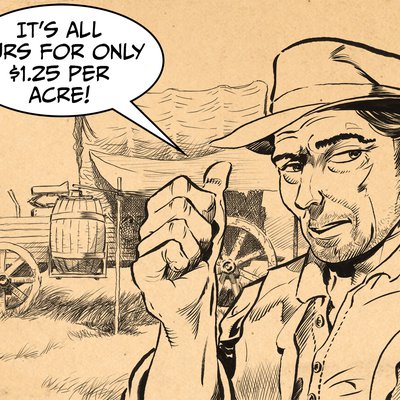 If a settler moved onto the public land before it had been surveyed, the "squatter" could buy 160 acres of the land at $1.25 per acre.  Settlers could also buy land from the government at auctionAt an auction, people compete and offer bids for the land until the highest price offered wins. sales.

Then came the Homestead Act in 1862.   A citizen who was at least 21 and had not fought against the United StatesIn 1862 the Civil War was taking place, and many in the South were fighting against the U.S. government to leave the Union and become a separate country. could claim 160 acres of government land.  The citizen had five years to live on the land and improve it.  If the citizen could "prove upShow improvements." the claim, the citizen would then own the land free of charge. This opportunity appealed to many people.

Daniel Freeman was thought to be the first person to get land through the Homestead Act.  Freeman filed a claim just north of Beatrice a few minutes after midnight on January 1, 1863, the first day the act went into effect.  (It’s unknown how many hours he waited in the cold to make sure he was first in line.) 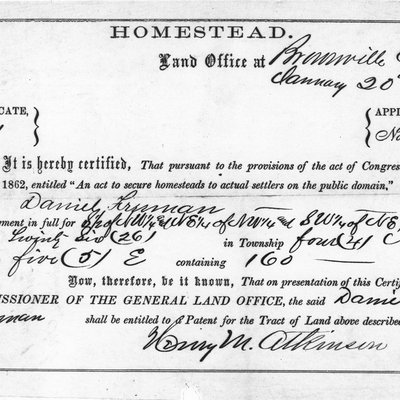 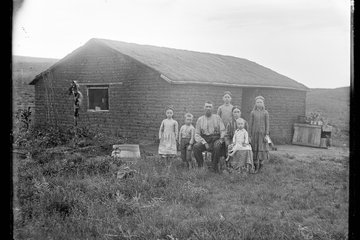 The Homestead Act brought thousands of settlers to Nebraska.  Some were immigrants who were applying to be naturalized citizensA citizen who was not born in the United States, but who became a citizen later on..  Nebraska became a place to start over for immigrants from Europe and other countries, as well as for American citizens who wanted to make their fortunes. 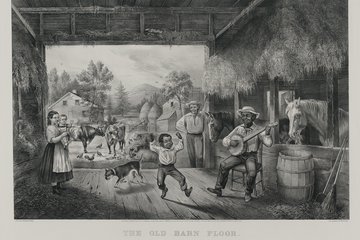 Some African-American settlers who had previously been slaves tried homesteading in Franklin, Harlan, and Hamilton counties around 1880.  They didn't have the money or background needed to get a farm started. One of their biggest problems was the bigotryUnfair and hostile treatment of people who are different from those around them. In this case, many of the white farmers were intolerant of the black farmers. they experienced. Most did not succeed, but there were a few who did. 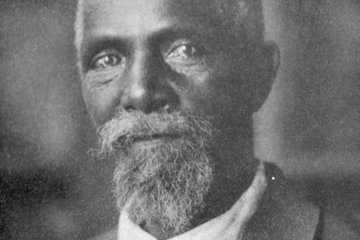 African American farmers were more successful later.  For example, Robert Ball Anderson was a former slave and Civil War veteran who arrived as a homesteader in the 1880's and eventually expanded his place to 2,000 acres.  He bred horses.

Twenty-eight thousand claims were filed in Nebraska during the first 10 years of the Homestead Act.  Sixteen thousand were "proved up" at the end of five years. The Homestead Act had a major impact on Nebraska's development because it attracted so many settlers to come to live in Nebraska, instead of just passing through Nebraska on their way to some place else. 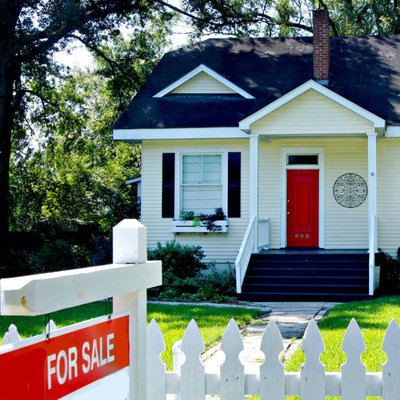 SOMETHING TO THINK ABOUT . . .
How much does land cost per acre or per lot in your area today?

Call a real estate agent to find out and ask about the government regulations an agent has to follow.