When Bertram Goodhue designed the Capitol, his vision of Nebraska was open land with few trees, the way early settlers found it.

But as Nebraska's human population grew, so did Nebraska's tree population, because of tree planting.  That's the subject of this mosaic mural by New York artist Jeanne Reynal.

Some people look at these shapes and think of old cottonwoods by the river.  Some think of roots stretching across the state.  Reynal the artist used Venetian glass tiles in red, orange, yellow, blue, and gold.  The tree forms are mostly gold. 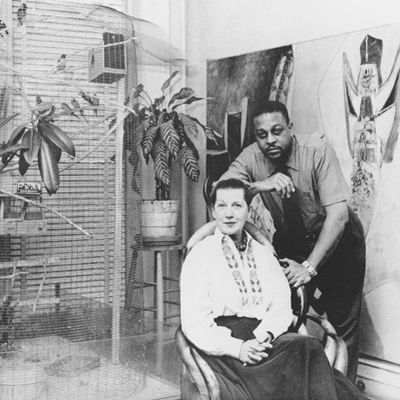 Bringing trees to the prairie changed life for the humans who planted them -- as well as for the plants and animals of the prairie.  With more wooded areas, the white-tailed deer population increased because woodlands are their habitat.  Meanwhile, as the trees took over parts of their habitat, the antelope population decreased.

The added trees also had an effect on the migration patterns of birds.  Before trees were planted in the state, the prairies were a barrier for birds.   Birds of the east and birds of the west couldn't fly across that vast, treeless distance.  But the additional trees allowed birds to "meet in the middle." Now in the Valentine area, the birds from both ends of the state live together. 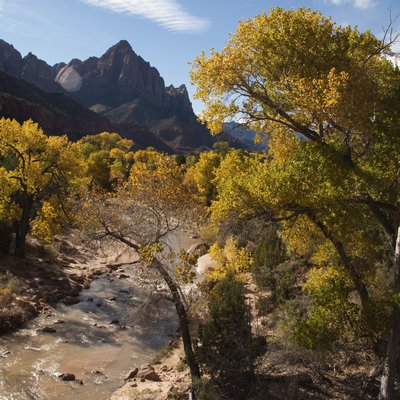 To early travelers, trees were nearly as good as gold. Cottonwoods grew by rivers, so seeing a stand of trees meant water was nearby.

Trees were so scarce in the early days, settlers built homes of sod. 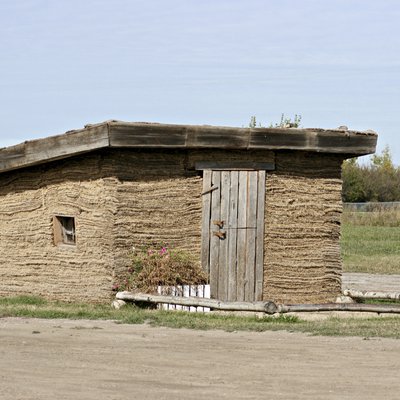 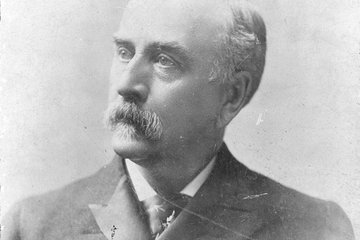 J. Sterling Morton, a Nebraska City newspaper editor and agriculturistAn expert on agriculture or a farmer., wanted to encourage settlers and homesteaders to plant trees to provide shade, shelter, fruit, fuel, and beauty.  His idea was to have a special day just for tree planting. 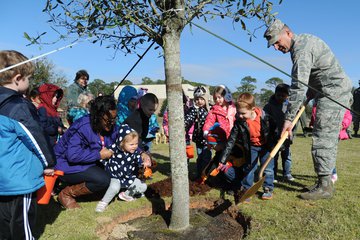 The National Arbor Day Foundation has its headquarters in Nebraska City, which was J. Sterling Morton's hometown. The National Arbor Day Foundation promotes planting trees and caring for the environment. Nebraska City is also the home of Arbor Lodge State Historical Park, which includes Morton's mansion, Arbor Lodge, and many varieties of trees planted all over the park. 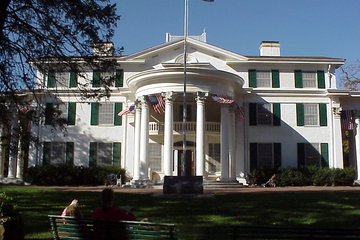 In 1874, the State Board of Agriculture decided to make Arbor Day an annual event.  They chose the second Wednesday in April.  Later, in 1885, the Legislature made Arbor Day a legal holiday, designating April 22 because it was Morton's birthday.  Governor Robert Furnas signed the bill into law.  By working with and within the government, Morton was able to make his idea of a day for tree planting a reality in Nebraska.

Morton approached the State Board of Agriculture in April of 1872.  The board liked the idea of encouraging everyone in the state to plant trees on a designated day.  Morton got a state proclamationA proclamation is an invitation to honor something, but is not a legal requirement. for a tree-planting holiday called Arbor Day.  The first Arbor Day was celebrated in 1872.  More than one million trees were planted.

In 1874, the State Board of Agriculture decided to make Arbor Day an annual event.  They chose the second Wednesday in April.  Later, in 1885, the Legislature made Arbor Day a legal holiday, designating April 22 because it was Morton's birthday.  Governor Robert Furnas signed the bill into law.  By working with and within the government, Morton was able to make his idea of a day for tree planting a reality in Nebraska. 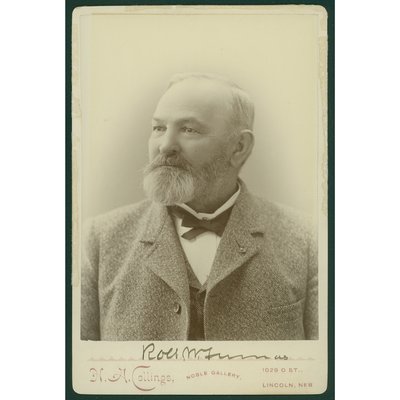 Morton promoted the Arbor Day idea in other states, and eventually it became a national holiday.  It's also celebrated in foreign countries.

Arbor Day is celebrated on different dates from one location to another, so that it can be held on a good day for planting trees in that particular area.  In Nebraska, Arbor Day is the last Friday in April (the same date as National Arbor Day).

Both J. Sterling Morton and Governor Robert Furnas were later named to the Nebraska Hall of Fame. 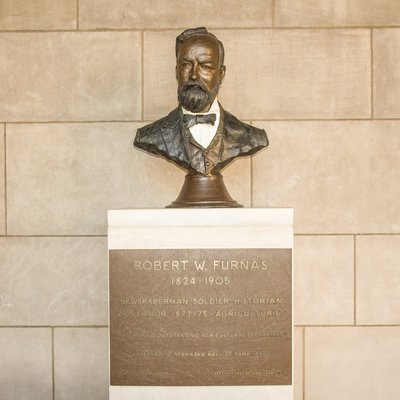 Go to the Unicameral and the Governor’s Suite to find out more about how Nebraska’s government officials work together.

Go back to the Foyer and click on one of the busts to find out more about the Hall of Fame.

Northwest Side of Hall of Fame

Northeast Side of Hall of Fame

Southwest Side of Hall of Fame

Southeast Side of Hall of Fame 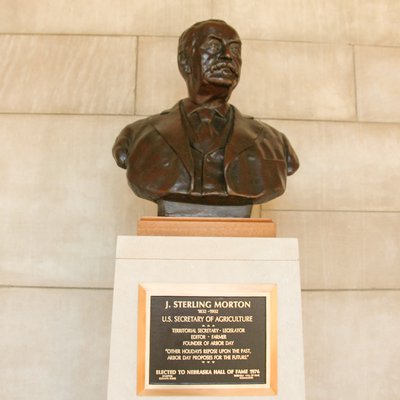 SOMETHING TO THINK ABOUT . . .
Do you have many trees or just a few around your home?

sources:
History of Nebraska,  by Olson and Naugle
1998-1999 Blue Book
Ecology and Economy of the Great Plains by Daniel Licht
Nebraska Press

"A Mosaic as Lovely as a Tree"