This mural, called "Building the Capitol," was the last mural to be installed in the Foyer. In a way, it’s about home building – that is, building a home for Nebraska's government.

The artist who made this mural, Reinhold Marxhausen, included an image of the old Capitol—which was Lincoln’s second Capitol-- on the left. On the right, Marxhausen placed the outline of today's Capitol rising up. He put in a quotation from the Declaration of Independence. He combined words and pictures to create his mosaic.

Marxhausen included this thought: "A community, like an individual, has a work to do." (Reset image)

The artist who made this mural, Reinhold MarxhausenBorn in Minnesota, artist Reinhold Marxhausen moved to Nebraska in 1952 and remained the rest of his life, teaching and creating visual and sound art., included an image of the old Capitol-- which was Lincoln’s second Capitol-- on the left.  On the right, Marxhausen placed the outline of today's Capitol rising up.  He put in a quotation from the Declaration of Independence.  He combined words and pictures to create his mosaic.

Marxhausen included this thought: "A community, like an individual, has a work to do."

Lincoln is a community whose work has been “government” from its very beginning.  Lincoln was created to be Nebraska's capital city, with land set aside especially for the Capitol. 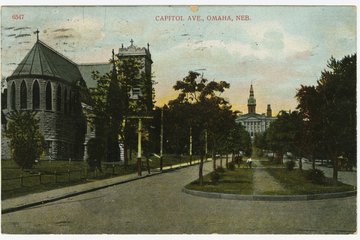 Omaha was Nebraska's first capital city, but the Legislature voted to change that in 1867.  The Legislature chose to move the capital city partly because the Capitol in Omaha was falling apart, but mostly for political and economic reasons. 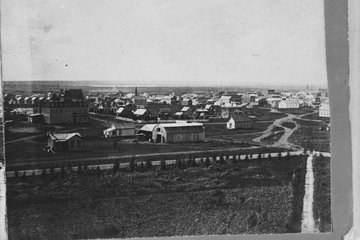 A Capital Commission was set up to find land south of the Platte River.  The Commission picked a site on donatedGiven without asking for or receiving payment. land near what they thought would become a successful salt mine.  They started selling land in the area to pay for the new Capitol.  They named the new city Lincoln. 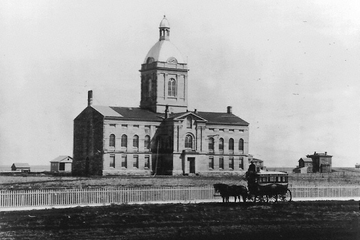 The Legislature continued to meet in Omaha while waiting for the new Capitol to be built in Lincoln. Lincoln's first Capitol was built quickly-- and badly.  They finished it in December, 1868, just one month before the Legislature was to meet. 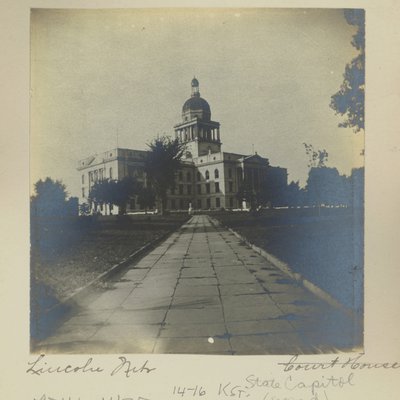 Seven years later, that Capitol was in danger of falling down.  Some people said they should change the capital city again.  Instead, Lincoln remained the capital city, and work started on building a new Capitol.

The next new Capitol was built in stages, around the old Capitol.   But again, they worked too fast and didn't plan well.  Its design was an improvement over the first Capitol, but it was not very original. Like many other state capitols built at the time, it was a copy of the U.S. Capitol in Washington, D.C.

Nebraska's second Capitol in Lincoln was completed in 1898.  Twenty years later, it was falling apart due to settling in its foundation and crumbling limestone in the walls.  It had another major problem: it was too small for Nebraska's state government.  Once again, a new building was needed.

This time, the citizens of Nebraska decided to do things better, taking time to build a monumental building that would reflect the state's hopes and dreams. 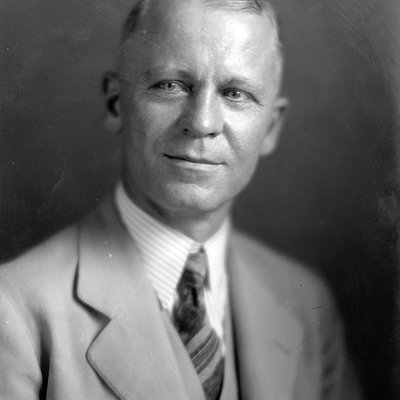 Samuel R. McKelvie had been elected governor in November 1918, just before the end of World War I.  McKelvie believed in modernizing and making things cost efficientMaking use of all money spent to get the best quality at the best price..  He wanted to make the new Capitol a memorial to the Nebraskans who lost their lives in World War I.

The citizens of Nebraska liked the idea of a monumental new capitol, and the Legislature easily passed the bill in 1919.  A new Capitol Commission was established.  Nebraskans started to pay an annual property taxTaxes citizens have to pay on land and buildings they own. to help pay for the new Capitol. 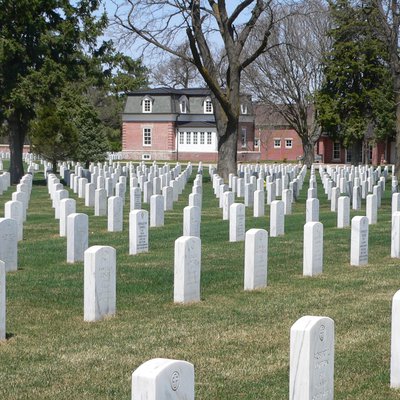 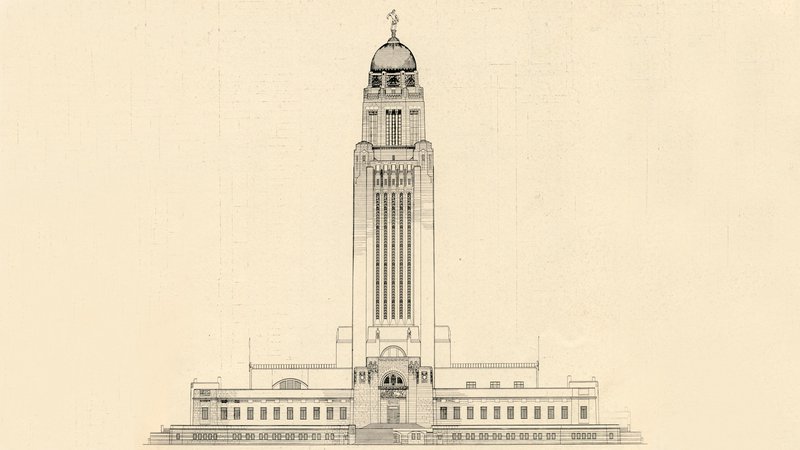 Thomas R. Kimball was appointed as professional advisor to the Commission.  He helped set up a national competition for the building design.  The result was a unique design that was modern and cost efficient.

The groundbreaking took place on April 15, 1922.  Construction continued for the next 10 years.  It was done in carefully thought-out stages, using good materials and good techniques for building. 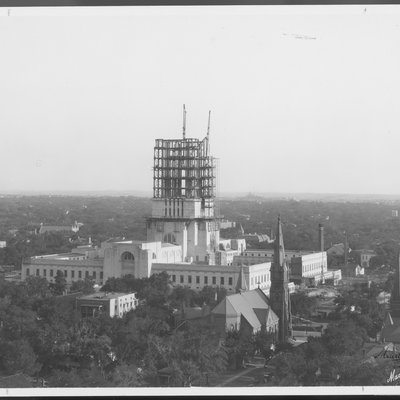 It took 10 years to build the new Capitol.  It was a "pay as you go" project.  Nebraska did as much as it could pay for each year.

Even when the DepressionPeriod of widespread economic trouble in America following the crash of the stock market in 1929, made worse by drought and dust storms that devastated agriculture. came, Nebraska kept the work going.  Times were hard, and citizens had to make sacrifices to provide the money to continue construction. But Nebraskans felt the effort was worth it, to complete the Capitol and to serve the larger public good. 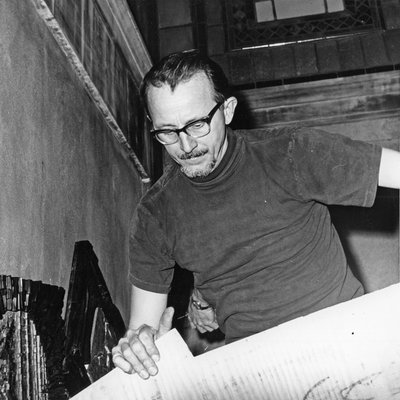 Courtesy of the The Marxhausen Gallery of Art, Concordia University, Nebraska.

Some details (like murals for the walls) were planned but not created or put in place until years later.  (For example, it wasn’t until 1967 that the mosaic “Building of the Capitol” was installed, 35 years after the Capitol was built.

The citizens spent money to meet the practical needs first, and counted on future Nebraskans to add the planned the artwork later.  Over time, the state has continued to carry out plans for works of art throughout the Capitol. 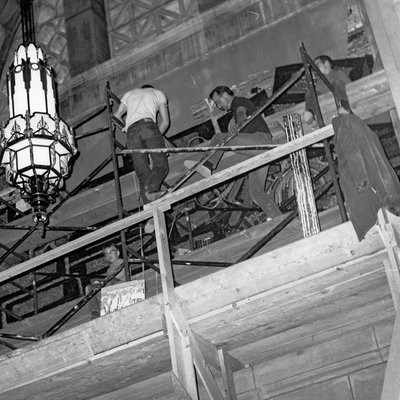 Courtesy of the Marxhausen Gallery of Art, Concordia University, Nebraska.

The final cost of the Nebraska State Capitol was $10 million,
but generations of Nebraskans have considered the building priceless.

What is your favorite part of the building or artwork in the Capitol?  Why?