In reality, these two murals are found on opposite walls of the Memorial Chamber. But you see them together here because each one portrays an aspect of the work of the military. At first, you might wonder what “international law” has to do with “universal peace.” But when you think about the military people portrayed here, and think about why they do what they do, you might see a connection between upholding law and achieving peace. When international laws are broken, peace is disrupted. To protect and sometimes to restore peace, governments can choose to send in military members.

"The Ideal of International Law" shows a human timeline of Nebraskans who served in the U.S. military. The artist Stephen Cornelius Roberts started with World War I on the left and then showed soldiers from World War II, the Korean War, the Vietnam War, and soldiers from the 1990's. He included two nurses to represent those who give medical assistance in time of war. Nurses are essential in the treatment of ill and injured patients. Doctors count on nurses, especially when the going gets tough. These are all Nebraskans who risked their lives and sometimes lost their lives to preserve justice among nations and within nations. (Reset image) 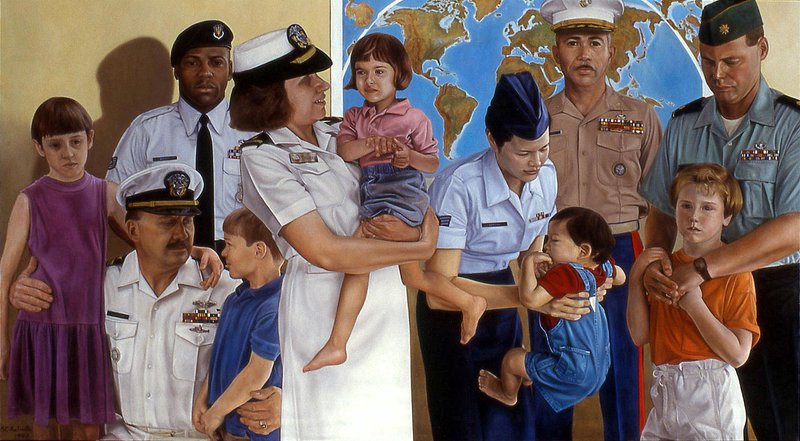 “The Ideal of Universal Peace” honors those in the military as peacekeepers.  You see them here with children, because children represent the future.  The artist said that children also serve as a reminder of the need to maintain peace, justice, and freedom from conflict, violence, and oppression.  These people serving in the military not only fight-- they make peace with enemies and help rebuild societies after the fighting has ended.

Some citizens choose military service as a career.  In times of war, other citizens can be called into the service through the military draft.  They go beyond the day-to-day duties of citizenship and are willing to sacrifice themselves for the greater good.

Some Nebraskans offer military service by volunteering for the Nebraska National Guard.  They have regular jobs but give part of their time to serve as soldiers on land or in the air.  The National Guard serves the nation and the state.  They are part of the nation's military force, but they have a special role in the state when emergencies arise.

The National Guard's three missions are: 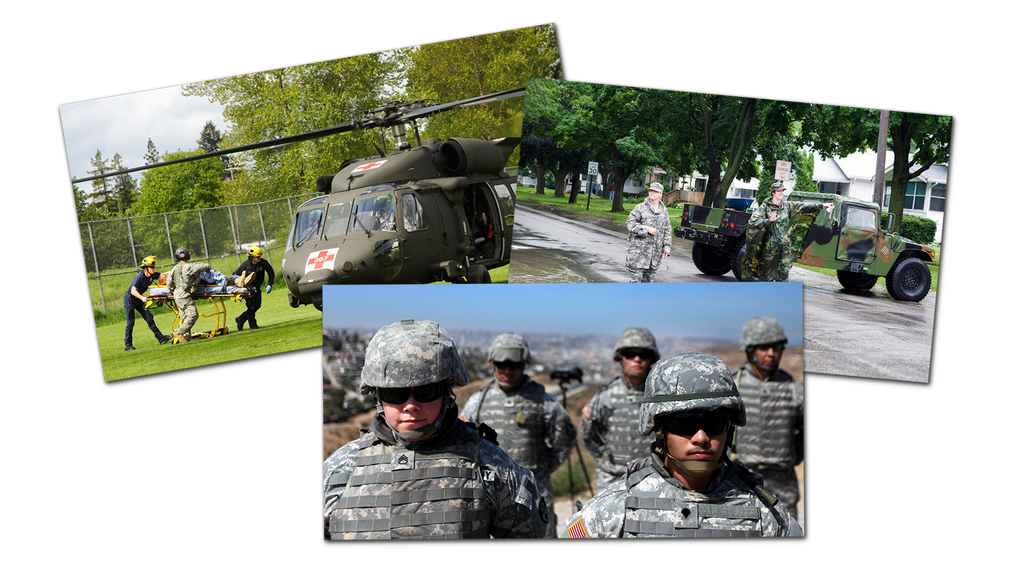 The governor decides when the Nebraska National Guard will be called into action.

Serving in a branch of the military doesn't always involve fighting a war, but it can involve a high level of commitment to serving all people.

What has the National Guard done to help your community?