Born of the Earth

The words you see here are from the rituals of the Pawnee, Lakota (Sioux) and Navajo.  Behind them, you see a bison!  The bison were here to represent the first life on the plains.  They were there before the people, of course were part of what attracted people to that part of the country.

The Ideas Behind the Art 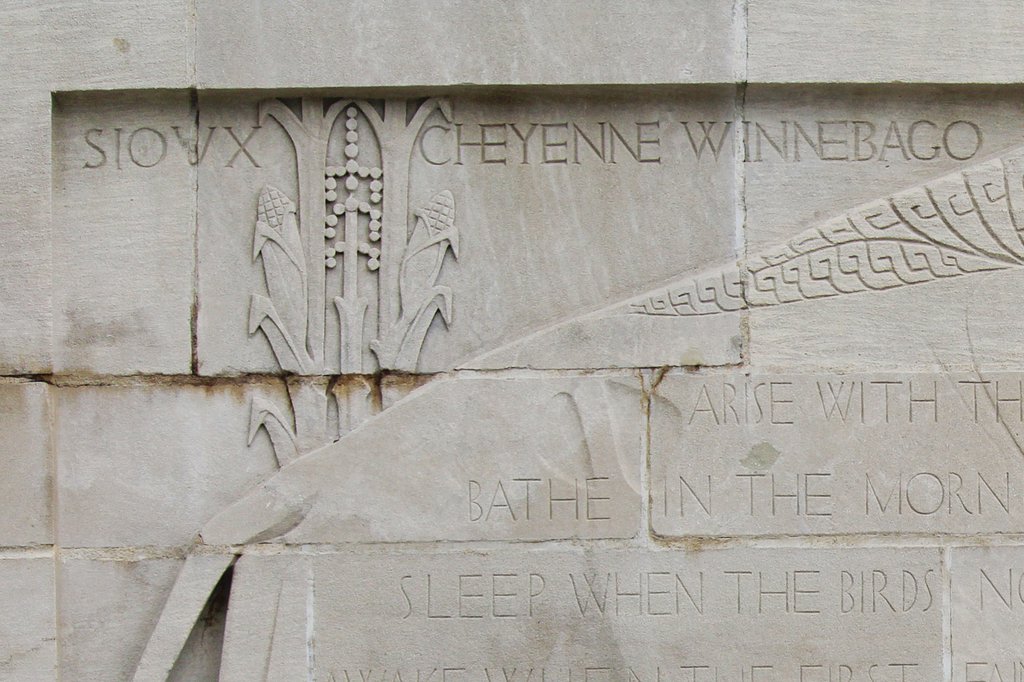 Harley Burr Alexander, the philosopher who chose the symbols and quotations you see throughout the Capitol, wanted those passing by to remember the first people, so the names inscribed on the balustradehandrail honor tribes that lived or hunted in Nebraska. 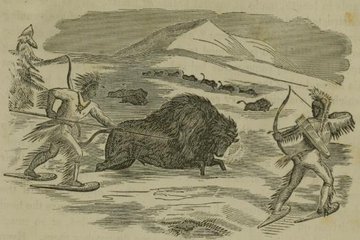 Animals such as the bison attracted the earliest people to Nebraska to hunt and live.  Later, the nomadss a member of a community of people who move from one place to another settled down in some parts and began to farm as well as hunt. 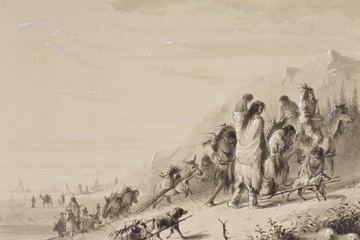 Four or five hundred years ago, the Pawnee and Arikara settled along the Platte River, the Loup River, the Republican River, and other streams in the middle part of Nebraska. 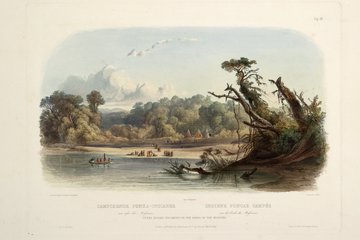 In the 1700's, the Omaha, the Ponca, and the Oto settled along the Missouri River in eastern Nebraska.  Later, the Teton Sioux or Lakota, the Arapahoe, and the Cheyenne came from forested areas in the east to the plains of Nebraska. These people were diverseshowing a great deal of variety; very different in languages and cultures, but they had one thing in common: they hunted bison.

The Pawnee and the Omaha farmed beans, corn, and squash and hunted seasonally.  The people who came from the woodlands, such as the Lakota, hunted bison constantly.  They depended on the bison for food, clothing, tools, and more. 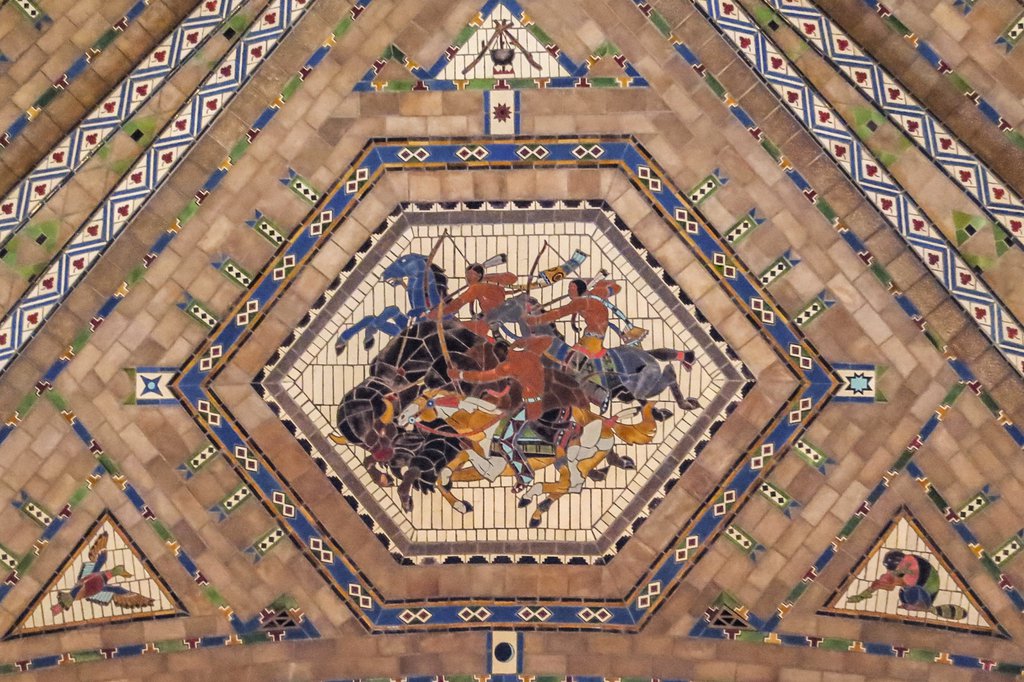 Early explorers brought horses to Nebraska, and soon various tribes got horses and used them for hunting bison.  Because the horses ate so much grass around the villages, the Pawnee had to start setting fires from time to time, to bring on new growth. 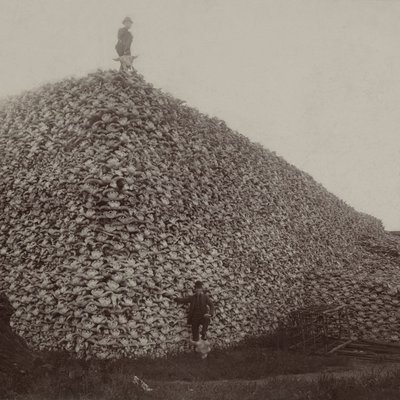 When more humans arrived from eastern America and from Europe, they also hunted bison. They hunted for food and hides at first, but later they hunted bison just for the excitement and entertainment they found in the hunt. The bison population dwindled severely, and the Native Americans who depended on bison lost their means of living.

And meanwhile, the ranching industry was getting started. Early ranches were very small.  The people who ran them were called "road ranchers” because they bought their animals from people “on the road.” Frequently, these new ranchers got their oxen from travelers on the Oregon Trail.   The travelers would trade their oxen because the animals were too tired to continue on the journey.

But when the railroad system was established in the state, there was a way to ship cattle to markets in the east.  At first, out of state ranchers drove their cattle herds to Nebraska.  Later, cattle ranches were established right in Nebraska.

The ranching industry could not have operated here without the railroad. And cattle ranching could not have continued if the bison herds had stayed large, because bison would have been competing for the same grassland as cattle. 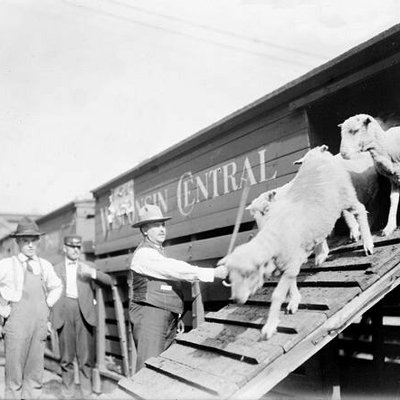 In the 19th century, the bison population was nearly wiped out in Nebraska.  But by the end of the 20th century, some Nebraskans were actually raising bison on their ranches.  Cattle and bison were interbred with domestic cattle. Early in the 21st century, 95 percent of United States bison were mixed with cattle.

But purer bison still existed. In 2015, the Inter-Tribal Bison Cooperative and the National Wildlife Federation joined forces to bring a small herd of wild plains bison to the prairies of the Crane Trust near Grand Island as part of their ongoing efforts to the help restore the bison population.

When and why did your family come to Nebraska?

Who and What was in Nebraska?

Choose Yes or No if it was in Nebraska before the fur traders and others arrived.