Lesson 3 - The State of Your County

The names you see inscribed here are some of the 93 countiesA county is a civil division of a country, the next level of government below a state. of Nebraska. They encircle the whole Capitol, symbolizing that the counties make up the stateIn the context of government, the word “state” has two main definitions. A “state” can be an independent country, or a “state” can be a semi-independent political community like Nebraska.. County names are inscribed around the Capitol rather than a decorative border. The architect, Bertram Goodhue, thought this would look more modern and help identify the Capitol as belonging to all Nebraskans. The counties aren't listed in a particular order. The names were grouped so that the long names were together and the short names were together. In that way they could be spaced neatly.

When you look out over the state from the top of the Capitol’s tower, you can't see the county lines that divide up the state, but you can see some of the good things the counties do. Counties help organize Nebraska so there's a level of government between the city and the state. Towns and cities in an area work together through county government to help manage law enforcement, health care, and other important functions. Cities and towns don't have to handle everything locally, and at the same time they can get things done without having to go higher up for help from the state offices in Lincoln. 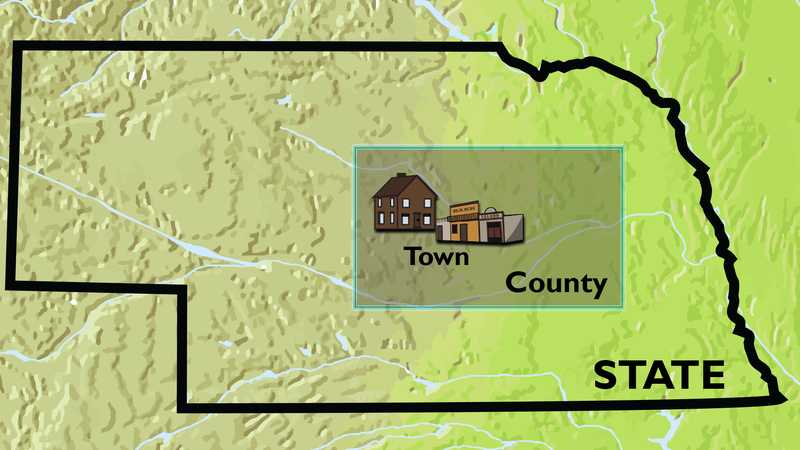 There are 93 counties in Nebraska! 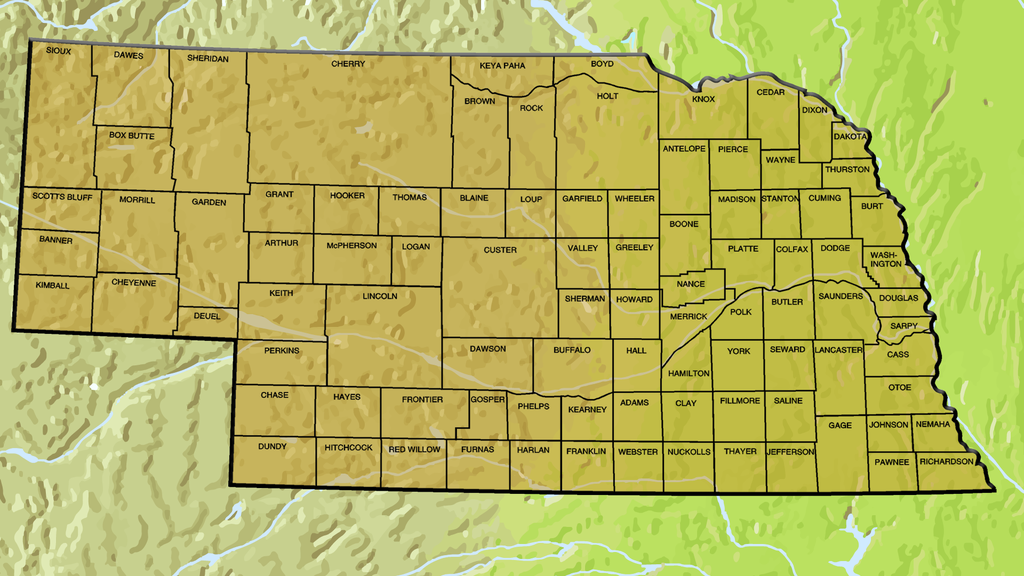 But counties have changed in the past 200 years. Counties have turned over some of their responsibilities for police, highways, and welfare administration to the state, and they’ve added some responsibilities, such as libraries, parks, hospitals, health services, sanitation services, and airports. 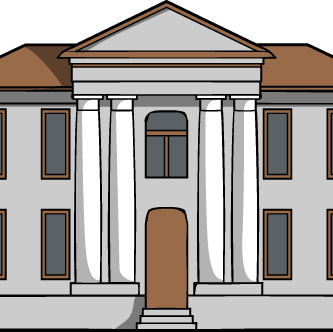 Within the counties are 535 cities and villages. Most cities are governed by a mayor and city council. Some other cities have a city council and a city manager. How is your town run?

The number of cities-- and the number of people-- varies in Nebraska's counties. More than three quarters of the population live in the eastern third of the state. More than half the population lives in Nebraska's six metropolitan counties-- Cass, Dakota, Douglas, Lancaster, Sarpy, and Washington. Omaha is the largest city in the state. It's located in Douglas County, which holds more than a quarter of the state's population.

Nebraska has different densities of population in different areas, but the county structure can help Nebraska's different cities and towns work together to make a great state. (Reset image)

What’s your county? What is your county seat (the town where the county government is located)?

Do you live in a town or in the country? Why is it important to have so many divisions of government?

What do they all do?