Do you recognize these famous Americans here at the Writing of the U.S. Constitution? Okay, maybe you don't know them all either, but you maybe recognize Benjamin Franklin and George Washington.  Look at your money if you are not sure.

But even if you don't recognize these men, you must recognize the importance of what they are doing.  The document they write is the basis for many of the freedoms you Americans enjoy.  It is the U.S. Constitution. 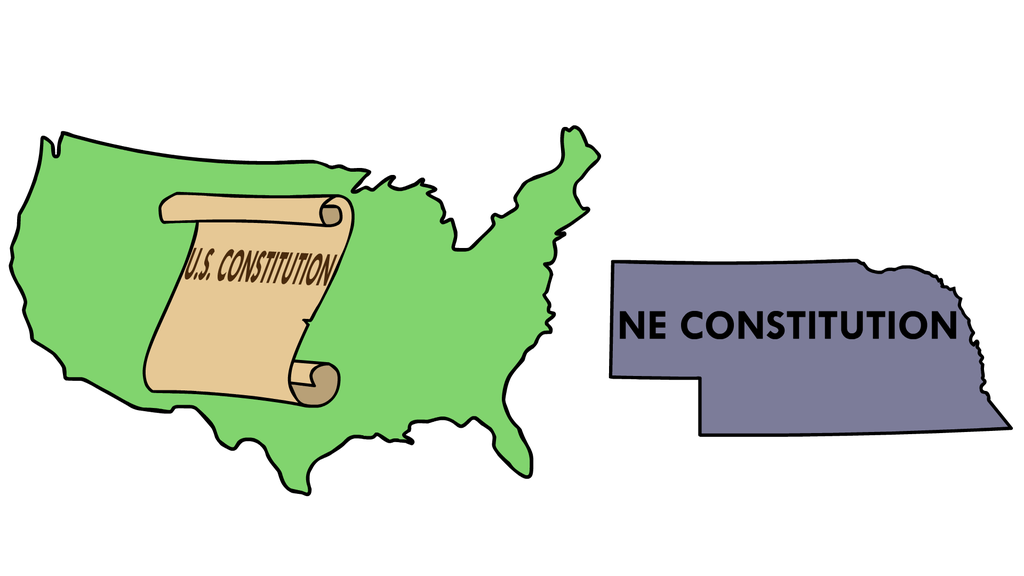 Nebraska has a constitutionThe fundamental laws and principles for operating a government. of its own.  Just as there are federalRelating to the central government of a country. laws and stateIn the context of government, the word “state” has two main definitions. The original definition of a state is “nation.” The United States of America started out as a group of semi-independent colonies that called themselves “states” because they wanted to think of themselves as nations. Today, the states in the U.S. have to follow federal law, but they also have rights of their own and make some of their own laws. So a “state” can be an independent country, or a “state” can be a semi-independent political community like Nebraska. laws, there is a U.S. constitution and a Nebraska constitution.

The Nebraska Constitution is the document that describes how Nebraska's government is organized and how Nebraska laws must be written. It declares the rights of the people and details the framework of the government -- officers, powers, and so on.

The constitution is more powerful than a law, because if a law is written that would violate this constitution, that law is thrown out.  The Nebraska Supreme Court makes the decisions about the constitutionality of a law. 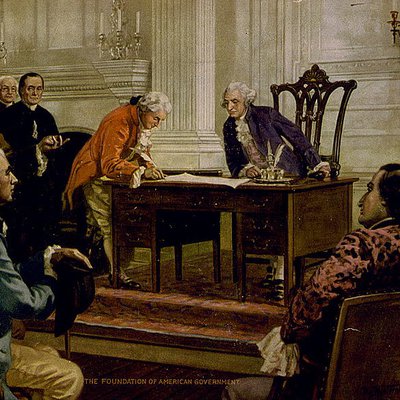 Nebraska's laws can be changed. Many laws have been since the state began.  The constitution can also be changed-- and has been.  In fact, the first state constitution was written 1866. It had been drafted quickly and had to be changed before Nebraska could be admitted to the Union in 1867.  (Go to the North Façade for more interesting details.) 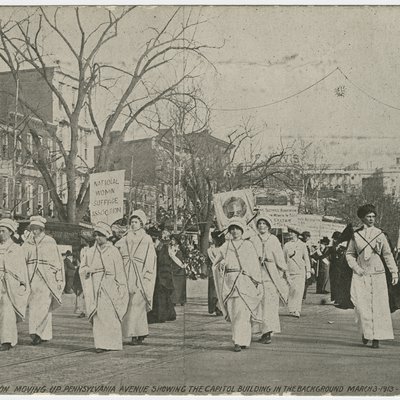 In September, 1921, Nebraska voters held a special election to consider 41 proposals from the constitutional conventionChanging the constitution is a very serious business and can only be done if the Legislature and the voters both agree to hold the convention. The last constitutional convention in Nebraska was in 1921. of 1919-1920.  Votes cast by women went into a separate ballot box because there was a legal question about whether or not women could vote on constitutional amendmentsAn amendment is a change to a law or bill..  One measure would increase the membership of the Senate. The majority of men voted against it.  The majority of women voted in favor of it.  The women's votes were allowed and the measure passed.

Who can change the state laws or the constitution?

Ultimately, the people of Nebraska must vote to make these changes.

Sometimes these changes start with the lawmakers-- the Legislature can propose amendments. 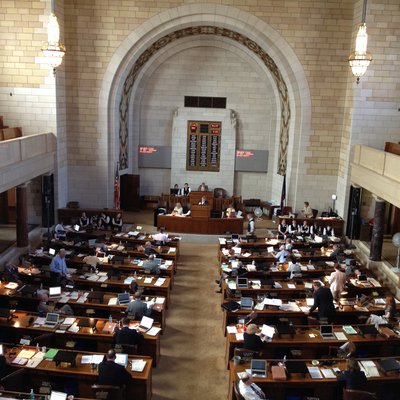 But it isn't always lawmakers who propose amendments.  Sometimes it is the people themselves who decide change is needed and they start the process themselves.

CitizensA citizen of Nebraska is one who lives here. can try to change the law or the constitution by means of the initiativeThe power and right of the people to propose (initiate) legislative measures. or the referendum petitionThe power and right of the people to propose or to repeal amendments to legislative measures..  Interest groups come up with an idea and then they create a petition.  The interest group must collect the signatures of registered votersIn order to vote in Nebraska, you must prove you are 18 years old and a resident of Nebraska and you have to sign up by the second Friday before the election. When you vote, the volunteers at the polling place check to see if you are on their list of registered voters..  If they can collect enough valid signatures supporting the petition before the deadline, the voters will have a chance to vote on the change they proposed. 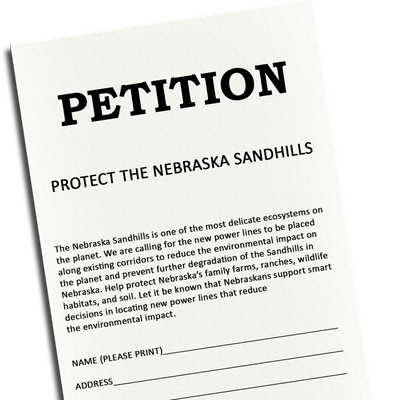 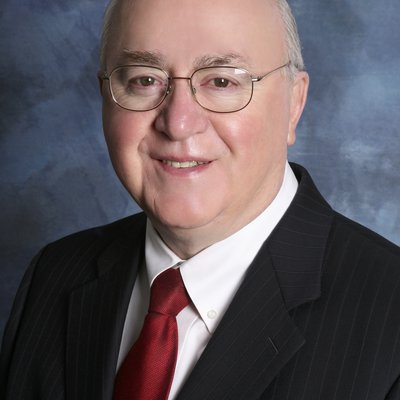 Nebraska's secretary of state accepts these petitions and makes sure there are enough signatures and that the signatures are really those of registered Nebraska voters.

If an amendment is proposed by the Legislature or by an initiative petition, it then is sent back to the voters. It will appear on the ballot and must win a majority among those voting on the question. 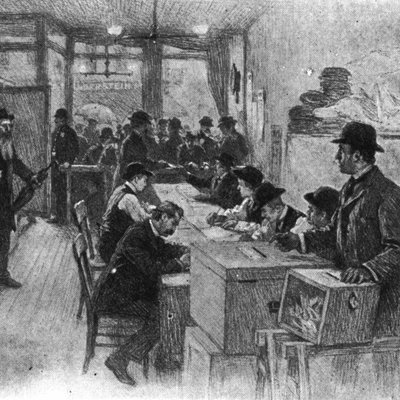 Citizens can also use petitions to recall officialsIf the public feels an official has been acting improperly or illegally, they can vote to remove that official from office. they have elected.  It's another way of protecting the rights of the people.

If you want to know more about how citizens can propose laws, go to the Branches:  Unicameral. 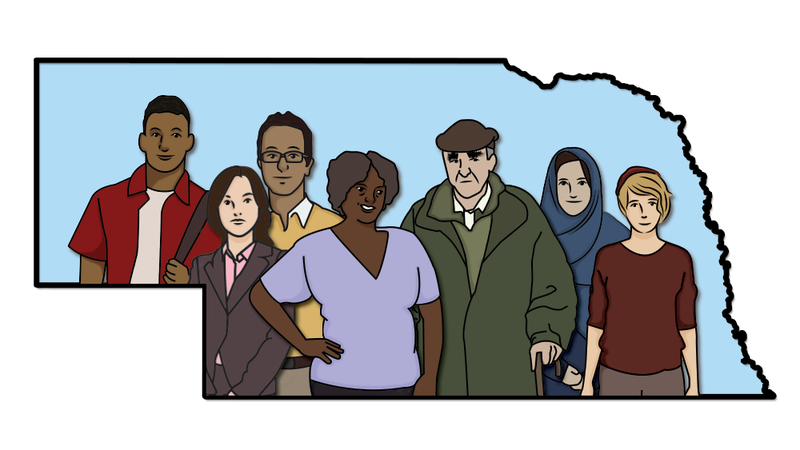 SOMETHING TO THINK ABOUT . . .
Why do we need to have ways to change laws?

What law would you change?

What are your reasons for changing the law?