Lesson 1 - What's in a Unicameral? 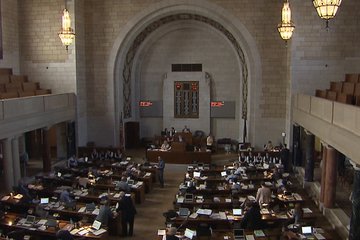 The voting board isn't exactly a piece of artwork, but it's one of the most important things hanging on the walls of this chamber. It shows each senator's vote.  It's part of the open system of the Unicameralone-house legislature. 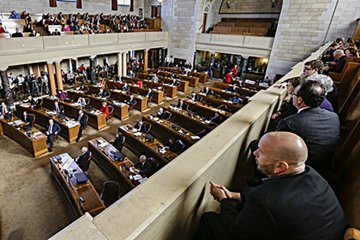 This chamber has galleriesIn this case, a gallery is a balcony area where members of the public can watch sessions. on three sides for the public to come in and watch the Legislature in session. 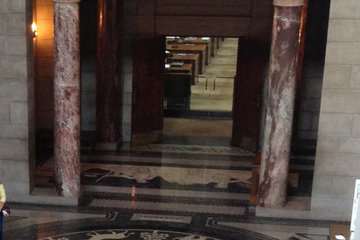 Through these glass doors are 49 senators serving in the Nebraska Unicameral, each representing approximately 37,000 people. Senators are elected to a maximum of two consecutive four-year terms.

There isn't as much artwork in this chamber as in some other parts of the Capitol.  The scenes that are here show the explorers and traders and settlers who came to this land and encountered native cultures--points of meeting for the people who built Nebraska.

Go to the North Façade to find out more about how people got here. Today, representativesPeople elected to the legislature to present the ideas and carry out the will of the people in their assigned area. from all parts of Nebraska meet here in one room, in one house. 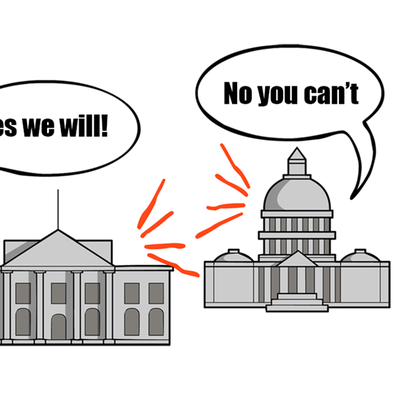 In a two-house legislature, each house passes its own version of a bill, and then the differences are worked out in a conference committeeThis is a group of representatives from both houses of a legislature who make compromises and changes to come up with a bill both houses will support..

The Nebraska Legislature has only one house, so there's no need for a conference committee to meet.  It's not only more open, it's more efficient.  And it can cost less to run than a two-house legislature. 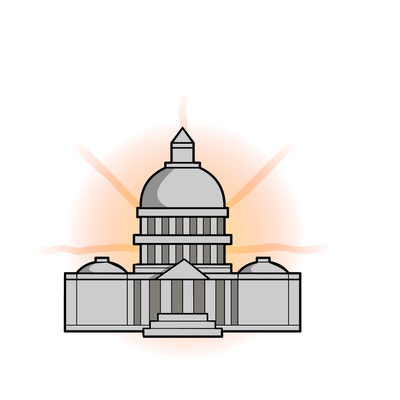 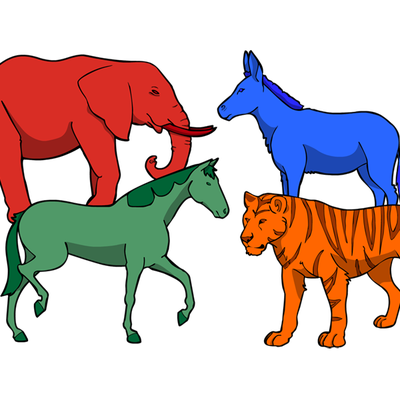 Besides having just one house, the Nebraska Legislature has another unique feature-- it's nonpartisanNot belonging to any political party..  Senators are supposed to forget their political party affiliationsConnections or membership. when they're in this room. The senators answer to the people instead of to a party, so senators from all the political groups are better able to cooperate.

Sometimes the senators disagree.  But here their job is to work together to resolveTo come up with a solution for a problem or come to agreement. their differences and make life better for all Nebraskans. 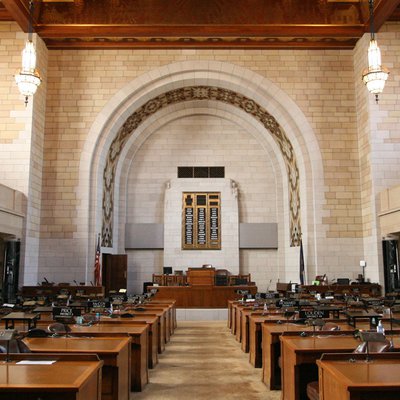 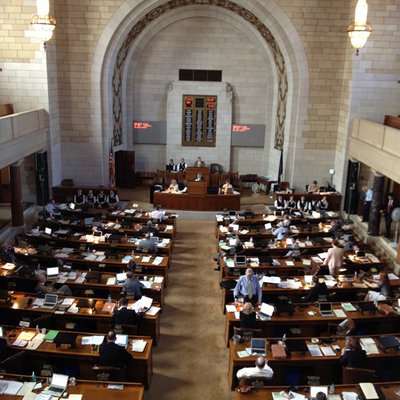 During regular sessions, the Legislature can consider any issues relating to state government functions. But in a special session, they can consider only one special issue. Either way, the bill first has to be introduced and assigned a number. 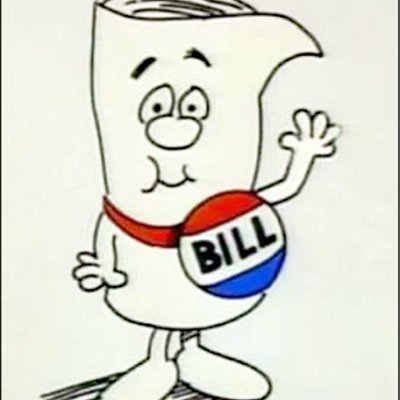 But before the Legislature ever votes on a bill, the bill receives a public hearingAt a public hearing, citizens have a chance to express their opinions to committee members. in the committee that deals with those kinds of issues.

The committee has three choices:

See what types of Legislative Committees are in the Nebraska Legislature.

Steps of a Bill 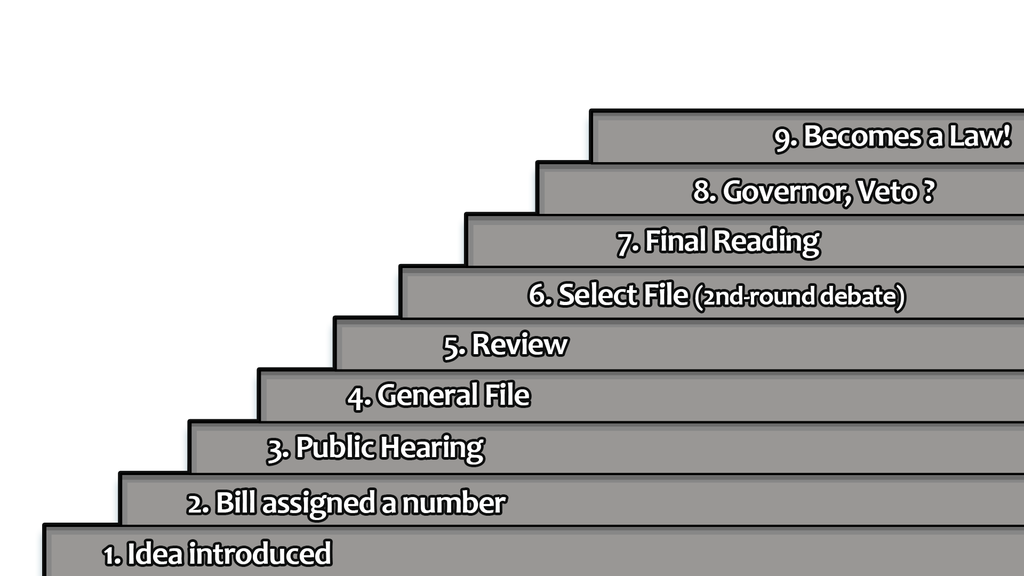 Once a bill advances to General File, the full Legislature can debate, amend, and vote on the bill.  Any amendments are written into the bill and it’s checked for accuracy during the enrollment and review process.  If it wins a majority (25 votes) the bill goes to Select File. More debate can take place. Senators vote again.  If it wins majority approval on Select File, the bill moves on to a final reading.  Senators get a printed copy of the bill, and must listen as the bill is read out loud (unless three-fifths of the senators vote to skip the reading).  Since there are a so many bills to read, the Speaker reads them very quickly.

Then, the bill becomes law!

To see a map of the Nebraska Legislative Districts Click HERE.

SOMETHING TO THINK ABOUT . . .
What do you think it would be like to be a senator in the Nebraska Unicameral?

One of a Kind House!