This scene is "The Publishing of the Twelve Tablets in Rome"  it took place in 450 B.C.E. (almost 2500 years ago). Even in that ancient time, governments were beginning to understand that civilized life is better when people know the law. To make it possible for members of society to know their laws, the government published the laws, writing them down and making sure the people had access to them. 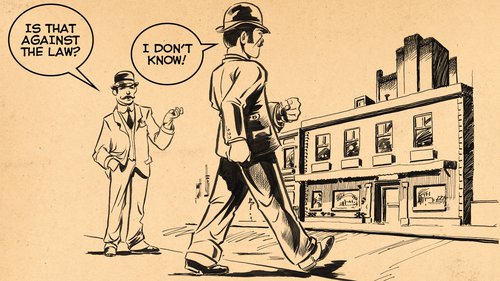 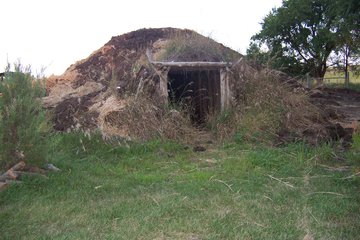 The Pawnee and the Umo"ho" (Omaha) lived in earth lodges, farmed, and went on seasonal bison hunts.  The Lakota lived in tepeesNative American tents shaped like cones and made from animal skins. and traveled throughout the year to hunt the bison for food and clothing.  At that time, Native Americans in Nebraska didn’t have a writing system, but all the tribes had an organized set of laws. The rulers and elders announced the laws to the people, and the parents and elders taught the children.  Their method of “publishingIn this case, to publish is to put the words in print to make them official.” was by word of mouth. 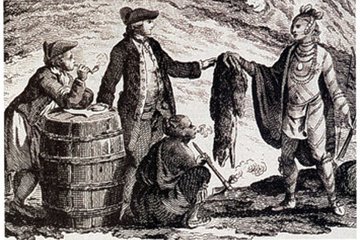 Fur traders and early explorers arrived in Nebraska in the 1700's.  The fur trade grew, and in 1812 Spanish trader Manuel Lisa established a trading postThis refers to a place for exchanging goods. Fur traders and Native Americans both used valued objects in place of money. named Fort Lisa north of what would later become Omaha.  Many fur traders chose to live in Native American villages away from the trading post. The fur trade changed Native American life with the goods it brought-- and with the problems it also brought.  It affected Native American culture, exposing the people to devastating diseases and providing accessIn this case, access means the chance to read or know about. to whiskey, a serious problem. 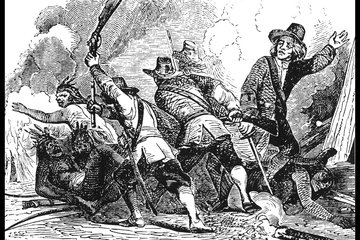 Hostility between traders and tribes such as the Arikara changed the fur trading business.  The traders became trappers themselves, living as mountain men who collected furs and gathered at prearranged sites to trade and celebrate in early summer.  The laws that the fur traders recognized and the laws that the Native Americans recognized were not the same. 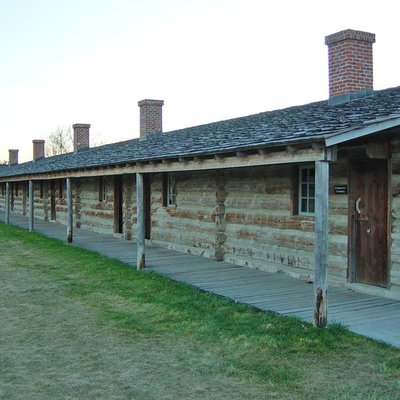 In the early 1820's, explorers and military expeditions passed through Nebraska, but few stopped to live here.  However, as travel through the area increased, military forces were sent to protect the fur trade.

Fort Atkinson was a major installation in Nebraska, with a force of about 500 soldiers and a small population of civilians. The fort had agriculture, families, small businesses, and a school.  But by 1827, travel routes through Nebraska had moved further south. The fort was no longer needed up north.  The federal government decided to abandon Fort Atkinson.

There were other forts in Nebraska, but in the years before Nebraska became a territory, Bellevue was the only trading post that was steadily inhabited.

Steamboat travel made it easier to get supplies and communicate. Traffic by water and overland grew and settlements sprang up, including Brownville, Nebraska City, and Omaha, where travelers could buy supplies. These new residents needed laws. (Reset image) 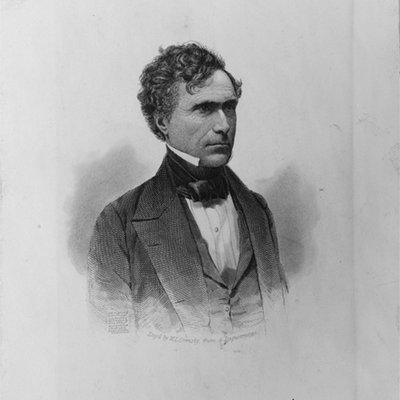 Nebraska was established as a territory in 1854 and was entitled to a formal government.  Until then, the area had been considered frontier and no one seemed very concerned about creating a government.

But Nebraska was made a territory to allow the building of a transcontinental railroad.  A governor was appointed by President Franklin Pierce. 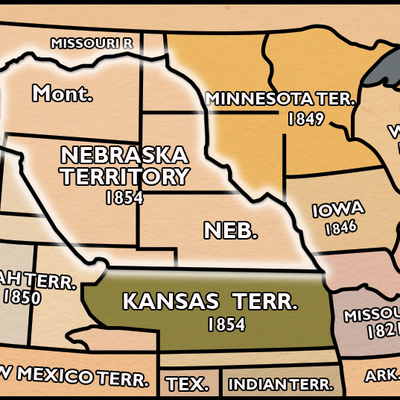 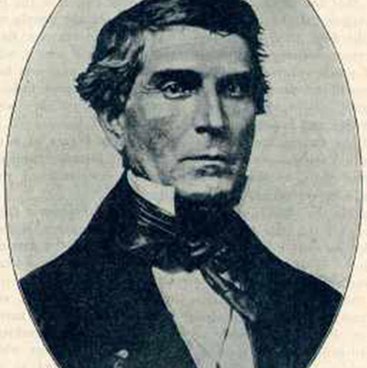 Francis Burt, the appointed territorial governor, fell ill and died two days after taking office.  Burt had been interested in making Bellevue the new territorial capital.  Burt's replacement, Thomas Cuming, was an Iowan eager to make Omaha the capital because it was close to Council Bluffs.

Some Council Bluffs business people even put up a building in Omaha and offered it to the territory to serve as its Capitol building. Acting Governor Cuming agreed and the capital was established in Omaha. 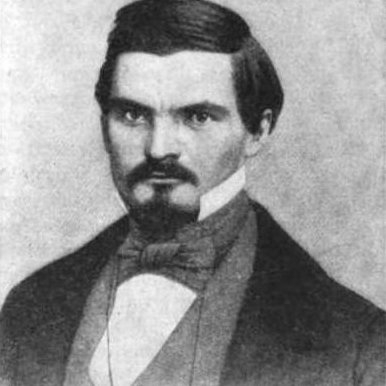 The acting governor created legislative districts that made it seem the population north of the Platte River was larger than it really was.  He did this to make sure that Omaha would remain the capital of Nebraska. 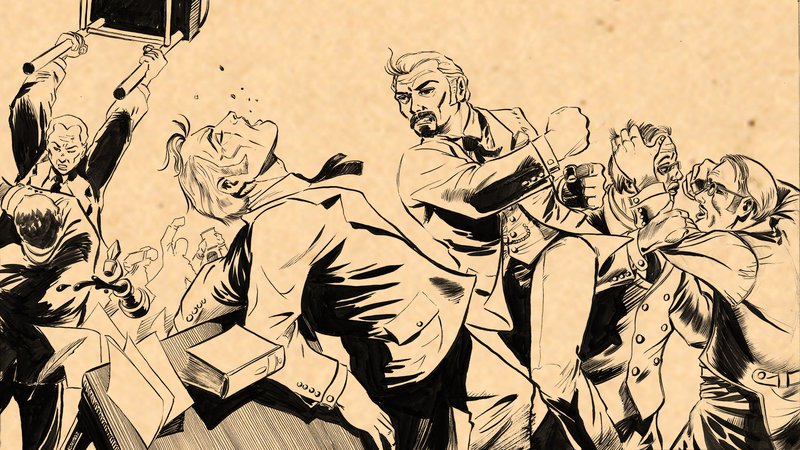 Acting Governor Thomas Cuming was not the only person interested in the new territorial government.  The territory’s early political figures came from outside the area with the goal of making money.  They had no feeling of loyalty to the territory.  Citizens such as farmers were too busy surviving to pay attention to politics.  The men who did serve were speculatorsPeople who buy land at cheap prices so they can sell it at a much higher price later. who wanted to profit by selling land in townshipsA smaller division of a county with powers of government much like a city. -- even in places where there weren't really towns.

Townships were established in Nebraska beginning in 1854.  They were built quickly, without paved streets or running water.  Some failed when the railroads didn’t go through them.  Others grew because of their railroad stations.  The towns that were county seatsThe location of the central government for the county. had a courthouse, a judge, a sheriff, a clerk, a treasurer, and an assessorOne who decides what should be taxed and the rate of taxation..  But they didn't have niceties such as garbage collection or sewage systems. 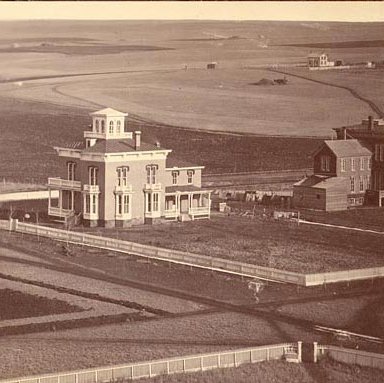 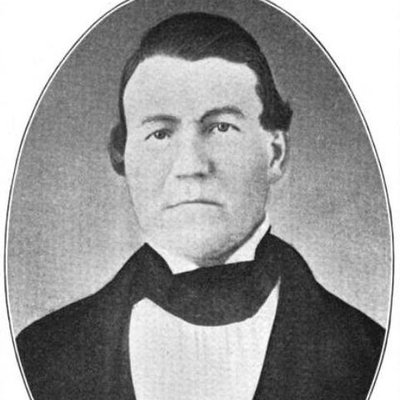 The first territorial legislature met in 1855.  There were conflicts over which representatives would be seated.  Some weren't even residents of the territory.  Physical violence broke out in the early legislature, but they did manage to pass laws and establish a government.

Nebraska could finally publish its own laws. The next governor, Mark Izard, helped stabilize the territorial government.

Many mistakes were made in the process of establishing the state of Nebraska.  But, eventually, Nebraska became a place governed by laws that are published by the government and known by the citizens.

SOMETHING TO THINK ABOUT . . .
Where would you go to find out what the laws in your area are?